Flag and pennant are two short-term patterns that usually form during a brief pause in a strongly trending market. A moderate movement in the opposite direction to the main trend characterizes the pattern. Again, using bar charts, this period can last from three to seven days before a sharp breakout in the direction of the original trend is seen.

Example of an ascending "pennon" 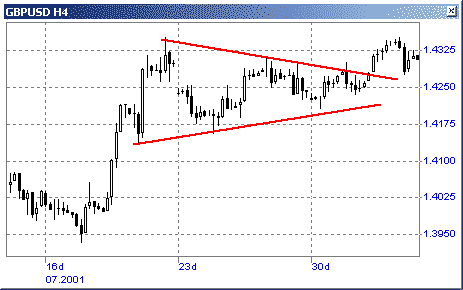 Example of a descending "pennon" 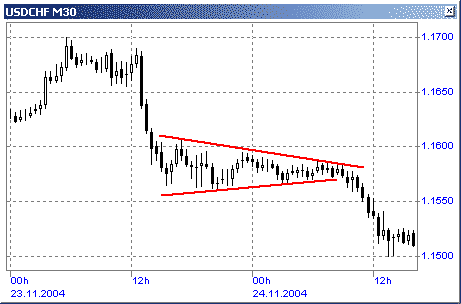 A pennant is very similar to a flag, but instead of the sluggish pullback, market volatility decreases and price movement remains in line with the trend showing no evidence of retracement. Two points to note are 1) the pennant phase may last longer than the flag and 2) the pennant may take the form of triangles.