Triple Top is a pattern in which a currency has reached a price three times previously, yet has been unable to sustain movements beyond those three peaks. A triple top signifies a strong resistance level.

Example of a "triple top" 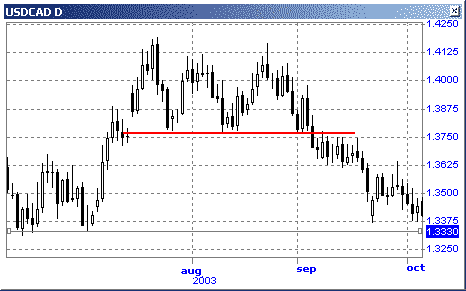