Developed in 1989, The Elder-rays use exponential moving average indicator, or EMA, the preferable period of which is 13 as a tracing indicator. The oscillators reflect the power of the bears and bulls.

Elder-rays can be used either individually or in bunch with various other tools. While using them individually, it is important to remember that the EMA slope defines the trend movement, and position should be opened in its direction.

The Elder Ray is a very precise and effective means of highlighting discrepancies between bull and bear power and prices and helping to choose right time for the best trading opportunities. Bulls and bears power oscillators are used for determining the moment for opening or closing of positions. One should open the following positions:

It's better to sell when: 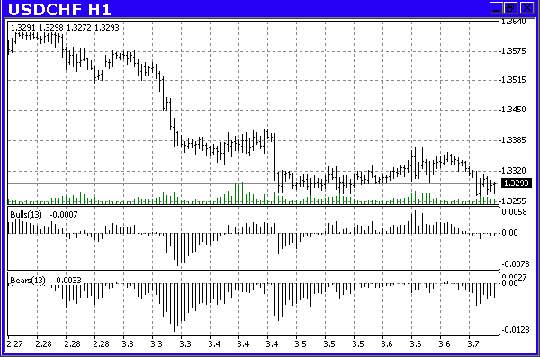 It's better to purchase when: 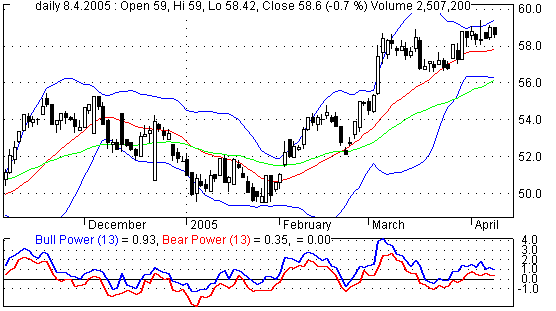 Bear Power is used to calculate the potential for the price to fall under the moving average. Bull Power is used for calculating the potential for the price to grow over the moving average. There are short positions when the Bull Power is more than zero and there is a bearish discrepancy. In addition, Long positions are assumed when the Bear Power remains under zero and there is a bullish discrepancy.