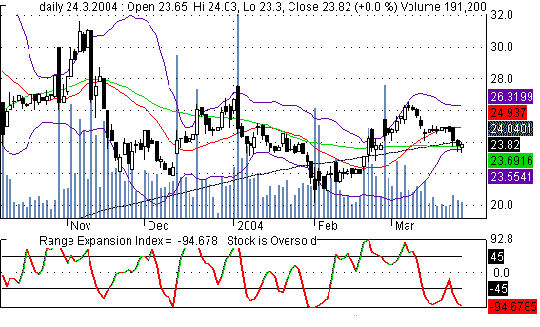 This oscillator uses an arithmetical method of calculation that makes it free from any problems of exponential oscillators (e.g. MACD). The scale of the TD REI oscillator is from -100 to +100 where an overbought is indicated by the values 45 or higher and oversold by the values -45 and lower.

These two conditions are as follows:

In case both conditions are met, then the sum of the differences between daily highs and lows is taken to determine the next day value. Next step is summing all positive and negative values within five days. This sum is later divided by the each day's (of the 5-day period) absolute value price movement. The possible values of the numerator are positive or negative figures, or zero due to the fact that the value of each day get summed, whether the denominator can only be positive because deals with the price movement difference. The result is multiplied by 100 resulting into the value at the interval from -100 to +100.